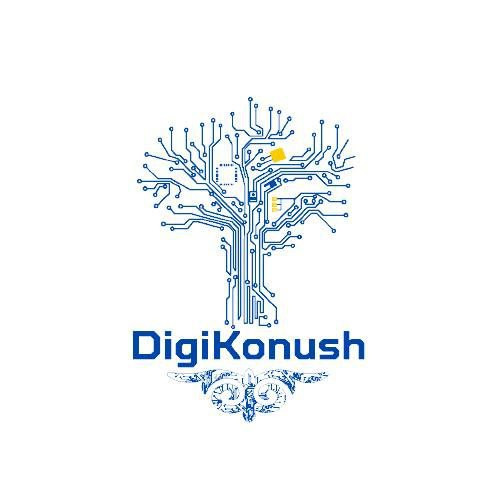 Within the context of the “Training for Trainers” DigiKonush (“Building a clean, clear future for rural communities through digitalization”) initiative, intensive courses are being offered for municipal personnel, teachers, youth, and activists. OshMU teachers and students take an active part in both the online and offline delivery of these courses. On March 16, 2022, the project’s DigiKonush digital skills center, built on the foundation of OshMU, officially inaugurated.

At the moment, locals in the area are providing their own online classes on digital skills.

Graduates of the TT (Training for Trainers) program are creating training modules in numerous fields after two months. Rakhat Jusumambetova, for instance, developed a course on cyber hygiene titled “5 steps to digital security.”

Kerimbek kyzy Elnura, a teacher of Vocational Lyceum No. 98 of Bishkek, teaches SMM, and Tahmina Kadyrova, a representative of Myrza-Ake village of Osh region, teaches how to work with products such as Power Point, Excel, Mail.ru.cloud, Google Drive and Canva. Another 56-year-old activist from Barskoon village of Issyk-Kul region, Nurjamal Eralieva, presented a course on computer literacy.

Six individuals from Issyk-Kul, Osh, and Bishkek presented their courses in total over the course of two months. Another participant from Bokonbay village, Nurlan Seyitbekov, produced inventive videos for promotional companies. The special feature of these courses is that they are designed for rural populations and are offered in the Kyrgyz language. Cash rewards were given to trainers on their accomplishments. Training modules from TT grads are still being accepted. Additionally, anyone can create their own courses.

Recall that the TT for municipal workers, educators, students, and activists was conducted from April 19–27 as part of the DigiKonush initiative, which aims to “build a clean, clear future for rural communities through digitalization.” Additionally, rural populations are obtaining education in fully developed Digital Skills Centers. They were opened on the basis of OshSU, BatMU and ISU universities.

The DigiKonush digital skills development project is aimed at women and young people in the regions of Kyrgyzstan, including Osh, Batken, and Issyk-Kul regions. 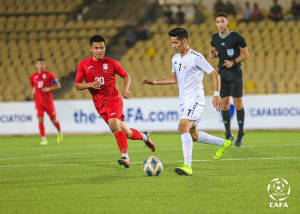 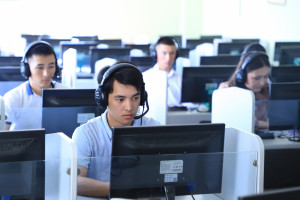 Tuition-free education is made available to ethnic Kyrgyz 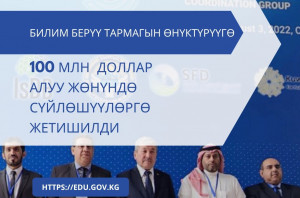 For the improvement of the education sector, $100 million was received 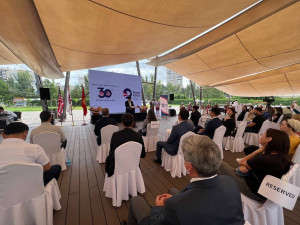